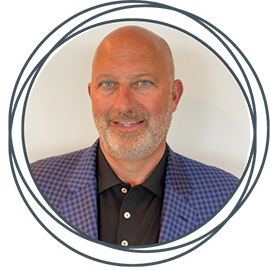 In addition to his financial and business acumen, Gary develops high-impact teams for organizations that serve iconic brands, employees and shareholders, supported by market-leading performance. Among his long list of esteemed customers served include Microsoft, Google, Amazon, IBM, Alibaba and many more across the US, Europe, Asia and Latin America.

As a global business leader, Gary most recently served as the Chief Executive Officer (CEO) and Member of the Board of Directors (BOD) for CyrusOne, a leading international technology company whose IPO he spearheaded in 2013, leveraging the legacy assets of 140-year-old Cincinnati Bell and capitalizing on the demand for cloud, artificial intelligence and data analytic products.

Today CyrusOne is one of the fastest-growing real estate income trusts (REITS) in the US and under Gary’s leadership it expanded from $1.1 billion to $11 billion in enterprise value (2600 percent) in only six years. This massive growth positioned CyrusOne as one of only 500 investment-grade companies in the world and one of only 25 investment-grade organizations with $1 billion or less in revenues positioning CyrusOne as a low-risk, high-value stock.

In less than 10 years, CyrusOne grew to a globally scaled company with best-in-class revenue growth and operations in Europe, Latam and Asia, and under his expertise, Gary drove enterprise value from $0.4B to $11.0B and a 400% share price from $19 at the IPO launch in 2013 to $78 per share while increasing the dividend by more than 250 percent. Cyrus One serves nearly 50 percent of Fortune 20 and 190 plus Fortune 100 companies with 45 data centers and 10 million square feet of income-producing real estate.

Sought after for his expertise in data center markets, market expertise and business development, Gary serves on the board of directors for GDS (Nasdaq: GDS), China’s largest and fastest growing data center company where his partnership of CyrusOne and GDS enabled GDS to land Chinese internet giants Alibaba and Tencent in the U.S. with the expansion of datacenters of Microsoft and JP Morgan in China. Additionally he serves on the board of Poema Global (NASDAQ: PPGHU) which is a Hong Kong based investment fund that invests in high growth technology investments.