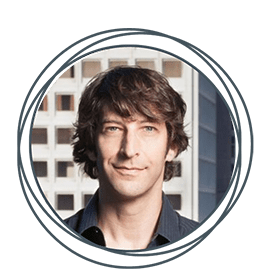 Jay Adelson is a serial entrepreneur and investor known for his work founding and running companies such as Equinix, Digg, Revision3, SimpleGeo, Opsmatic, Center Electric, and Scorbit.

Jay founded Equinix (EQIX) in 1998, where he was responsible for the original and sustaining business model, growing it to be the largest datacenter company and Internet exchange service in the world, taking the company public and building it to a multi-billion dollar company. Jay founded Revision3 in 2005, the first Internet television network, selling it to Discovery Communications in 2012. As CEO of Digg, Jay launched and grew what was arguably the first social media company to tens of millions of users and billions of impressions a month, leaving at its peak in April, 2010. Jay served as CEO and sold SimpleGeo to Urban Airship in 2011, and founded Opsmatic in 2013, which he sold to New Relic in 2015.

Jay’s passion for Internet infrastructure and communications is the thread between these companies, advisory roles and board positions. In July, 2003, Jay testified before the U.S. House of Representatives Select Committee on Homeland Security Subcommittee on Cybersecurity, Science and Research & Development. In 2008, Jay was selected by Time Magazine as one of the 100 Most Influential People in the World.