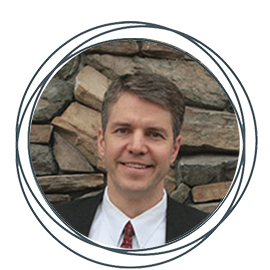 John comes to Quantum Loophole with a wealth of experience in the data center, real estate and telecommunications sectors.   He has served as managing attorney in private practice and as in-house counsel for technology companies. John’s experience includes representing OEMs, SaaS and IaaS providers, content providers and technology infrastructure companies.  In addition to his work as an attorney, John has held positions in operations and engineering departments where he was responsible for managing business relationships with some of the largest telecommunications companies in the world.

As a private attorney, John was entrusted with transformational corporate transactions that impacted the breadth and scope of his client’s technology businesses.  He also served as first-chair litigation counsel in obtaining favorable jury verdicts and negotiating complicated settlements in bet-the-company litigation.

John’s tenure as in-house counsel encompassed both the dot-com bubble and the bust. He was the in-house lead attorney for a nationwide fiber-optics network, served as primary legal support for financial operations and served on several corporate transaction teams. As lead in-house bankruptcy counsel in the aftermath of the dot-com bust, John was responsible for managing claims and outside counsel, served on unsecured creditors’ committees and found himself testifying in the WorldCom Bankruptcy.

John lives with his wife and two sons in Montana.  He received his undergraduate degree in Biology from Beloit College, where he was captain of the men’s basketball team, and received his law degree from the University of Montana.