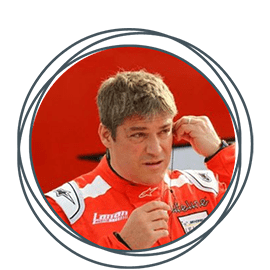 Mike Benham started his career as an energy trader with Vitol SA, now the largest energy trading firm in the world.

During a near 20 year career at the privately held firm, Michael rose to partner level and helped develop the company from a small barge trading firm in Rotterdam to the multi billion dollar firm that it is today. A Primary role was as head of the North Sea Crude Oil trading team, directly responsible for the company’s daily exposure to the dated brent benchmark, the benchmark which prices 60% of the worlds crude oil. The company was at the forefront of the then nascent transition from fossil to renewable energy.

Since leaving Vitol, Michael has concentrated on managing the family office, investing in start ups and blue chips, as well as assisting bringing smaller energy companies to the public markets, before eventual further buy out.

When not at the desk, Michael enjoys the most of the Alpine environment in which he lives, be that skiing, mountain biking and hiking.

He also competes in motorsport, at an amateur level, but having notable success at Le Mans, as well as other of Europe’s known circuits.

He has a BA(hons) in Economics, from the the University of Newcastle Upon Tyne, UK.