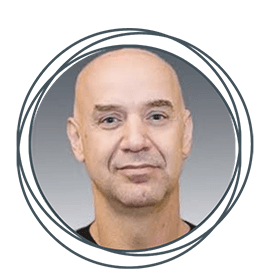 Scott believes that the only place for a rebel is a revolution. At Quantum Loophole, Scott serves on the front lines of the Decarbonization Revolution. His mission is to help enable next-generation data centers that autonomously orchestrate supply and demand between clean energy and cloud computing resources. His intention: Better, faster, cleaner and cheaper– pick four. A former mercenary in the Cloud Revolution, Scott served as VP of Operations at Yahoo! and Head of Global Infrastructure at Apple. He led deployment and operation of two of the world’s largest clouds, driving innovation in the data center and distributed compute space. In backing the Clean Energy Revolution, data centers are breaking away from their dirty energy-hog past. Scott served as CEO and Founder of Litbit, and earlier grew a small underground bulletin board (bbs) into a sizable Internet Service Provider (ISP.) Scott likes to brag about creating one of the world’s first Voice over IP (VOIP) companies, learning that being first isn’t always worth bragging about. A wise person once said that “rebels die.” Scott’s been working to prove that wrong ever since.