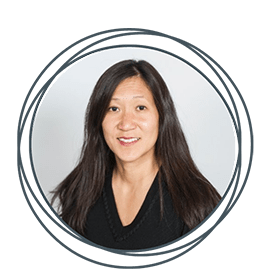 Kang Joins the Ranks of Women in Executive Positions at Companies Including Equinix, Microsoft, Qualcomm and T-Mobile, Among Others

AUSTIN, TX – May 3, 2021 – Quantum Loophole, an innovative developer of first-of-its-kind gigawatt-scale master planned data center cities, today announces that its Executive VP of Real Estate, Sylvia Kang, has been recognized among the Top 50 Most Powerful Women in Technology by the National Diversity Council (NDC). a nonprofit organization which advocates for the value of diversity and inclusion in the workplace.

The prestigious award recognizes the achievements of women nationwide who are breaking barriers and setting standards for themselves and others in the Technology space. Kang joins the ranks of a diverse and highly accomplished group of innovative women in executive roles at companies such as Equinix, IBM, , Qualcomm, T-Mobile, and Unitas Global among others. As part of their DiversityFirstTM program, NDC recognized the 2021 Top 50 Most Powerful Women in Technology at the 17th Annual National Diversity and Leadership Conference held virtually April 21-22 and April 28-29, 2021. Award winners were selected from organizations across the country and represent various industries such as healthcare, technology, and entertainment. To see the full list of the 2021 awardees please visit: http://top50tech.org/2021/

“Receiving the top 50 Most Powerful Women in Technology is a great honor as I am incredibly humbled by my peers in this industry.,” said Sylvia Kang, Executive VP of Real Estate for Quantum Loophole. “More importantly, however, it validates the important role that all of the dynamic award winners play in inspiring women everywhere who are currently working in or considering a career in technology or other STEM related fields. I am delighted to have been chosen to join this highly accomplished group of inspiring female leaders.”

“The recognition Syliva has received as one of the Top 50 Most Powerful Women in Technology is a testament to the contribution that Sylvia brings to the greater data center community and to Quantum Loophole,” said Josh Snowhorn, CEO and founder of Quantum Loophole. “Through her oversight, understanding of the complexities and nuances of the real estate side of our business as well as her track record as an industry change leader, Sylvia drives Quantum Loophole’s ability to create its platform of sustainable data center cities. We’re very proud that Sylvia has been honored with this award.”

Founded in 2020, Quantum Loophole recently announced that it has raised over $13 million in its initial round of funding. For more information about Quantum Loophole visit: www.quantumloophole.com.

More About the Top 50 Most Powerful Women in Technology Awards

Every year, the National Diversity Council compiles a list of the Top 50 Most Powerful Women in Technology to feature the highest caliber of executive female leaders within the technology industry. These women are the most prominent leaders, and they have reached the top of their profession by being effective leaders in their organization. They drive change, innovate, and inspire others to succeed while contributing to business growth.

About the National Diversity Council

For press and media relations: