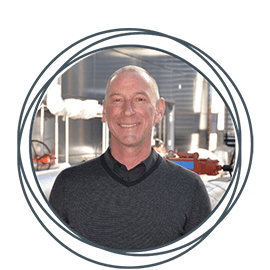 Tom Natelli is the CEO and principal owner of Natelli Communities, a privately held real estate investment and development concern with corporate offices in Gaithersburg, Maryland. The company and its affiliated entities are engaged in the acquisition, development and construction of master planned communities, comprising residential, retail and employment uses, principally in Maryland, Delaware, Virginia, North Carolina and Tennessee. The company has earned numerous industry and environmental awards for its development activities, including the ULI Award for Excellence for Large Scale Communities, Washington Metro Area Environmental Developer of the Year, Suburban Maryland Builder of the Year, and in 2019 won NAHB’s prestigious Best In American Living Award for large scale communities for its Bay Forest Community in Delaware.

Among his recent activities, Mr. Natelli served on the Board of Directors and was a member of the audit committee of Highland Hospitality Corporation (NYSE:HH), a self-advised lodging REIT, until its take-private sale to a private equity fund in 2007. In addition, Mr. Natelli served on the Board of Advisors of Fund 1 of The Halifax Group, a private equity fund. He was also cofounder and served as Chairman of the Board of eStara, a venture funded start-up that became a leading provider of VOIP based applications for web commerce, from 1999 until its sale to ARTG in 2006.

Mr. Natelli served from 1993 thru 2003 on the Board of Trustees of Suburban Hospital Healthcare System, and as Chairman of the Board of Trustees from 2003 thru 2006, during which time he also headed the Executive Committee of the Board. An active community leader, he is a Past President of the Board of the Montgomery County Chamber of Commerce, and served as a member of the Financial Aid Initiative for Duke University. He played a central role in the organization of Montgomery Housing Partnership, which was created to preserve and expand the supply of affordable housing in Montgomery County, MD and served for several years on the Board of that non-profit organization. In addition, he currently serves on the Boards of a number of community and office park owner’s associations under development by his company.

Mr. Natelli was born in 1960 in Jersey City, New Jersey. He earned a Bachelor’s of Science degree in Mechanical Engineering from Duke University in 1982.